The main purpose of this blog was to store my travel photos so here we go. Will try and do it in order of events as a sort of travel diary I guess.

I really enjoyed exploring some of Bangkok and liked the city a lot more then I thought I would considering I usually hate cities.  I was slightly overwhelmed by the chaos all around me and being virtually crushed inside the sky-trains was a fairly unpleasant experience but it was an interesting city.

On the first day, and mainly to escape the blistering heat after walking around for a couple of hours, I visited the largest shopping mall I have ever seen. Whilst in there I ended up visiting Seaworld which is one of the largest aquariums in Asia….or so they said. This is not normally my sort of thing (I don’t like zoo’s either) but the sign that said ‘BIG SHARKS’ tempted me in. There was all sorts of weird fish in there and a gigantic octopus. I am not sure how ethical these types of places are but the tanks the fish were kept in were enormous, especially the ones with the sharks, and they also offered shark diving. 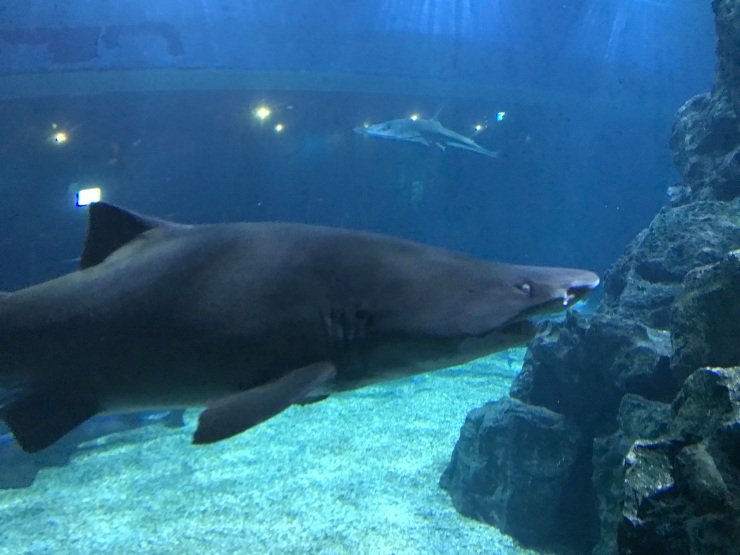 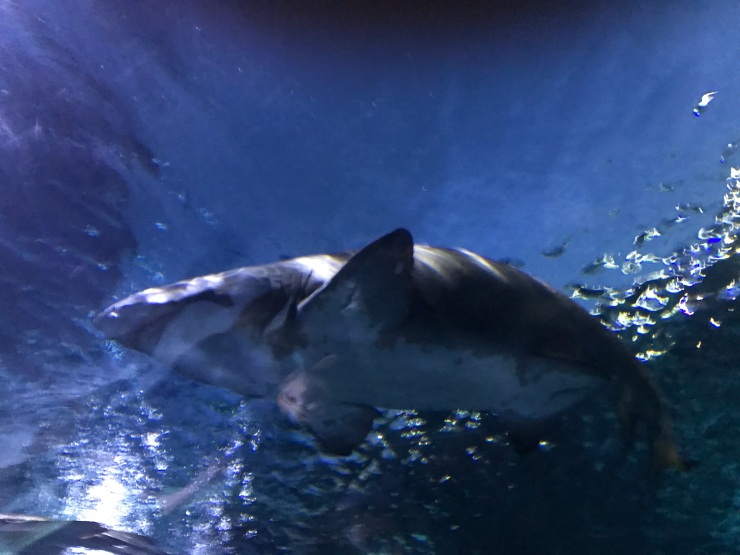 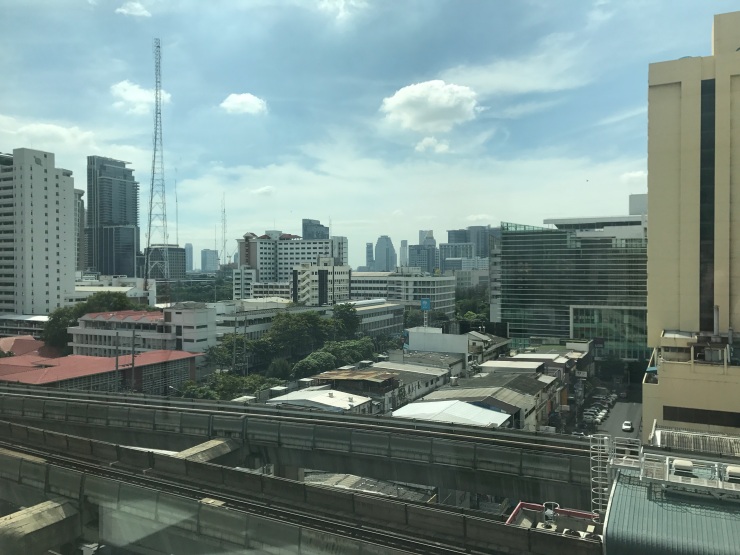 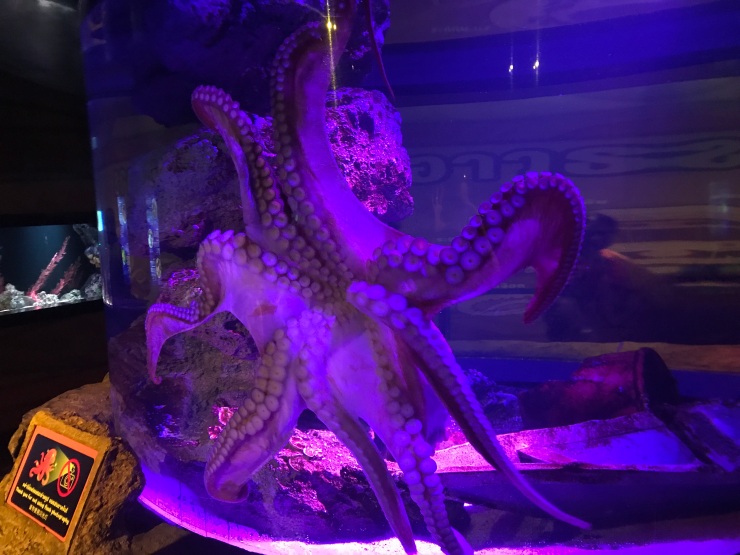 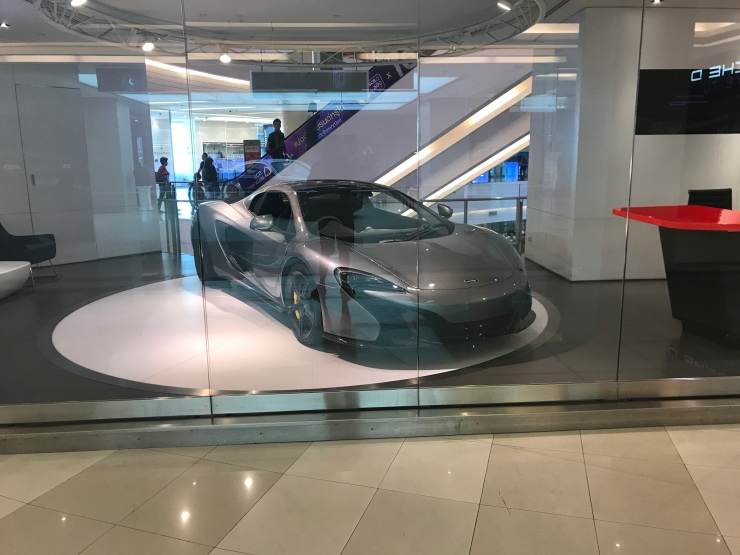 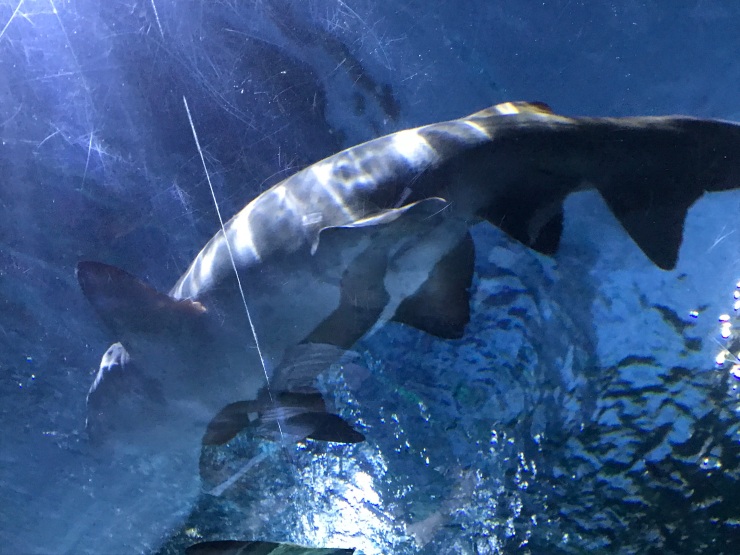 After that I went to visit a popular tourist place called ‘Jim Thompsons House’. Interesting story about a US guy who revitalised the Thai Silk industry but vanished off the face of the earth in 1967 when he went for a walk in Malaysia but he left behind a really nice complex of houses which he had designed himself. To this day they still don’t know what happened to him so there is a mystery about it and lots of theories. You weren’t allowed to take any photos inside the houses so I just took one of the house outside. The tour guide was very funny too.

Then I took a walk down the Canal. 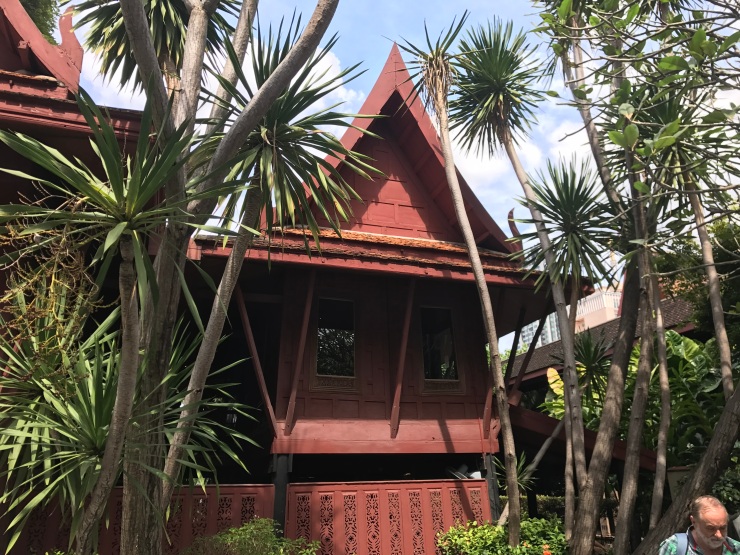 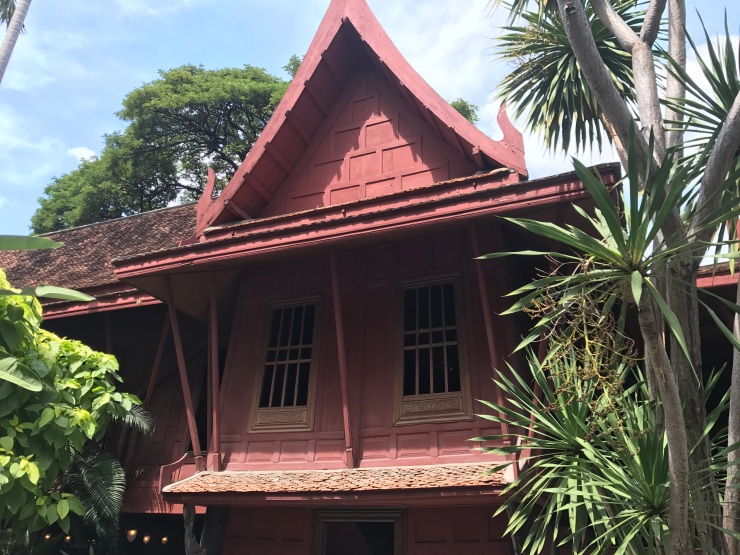 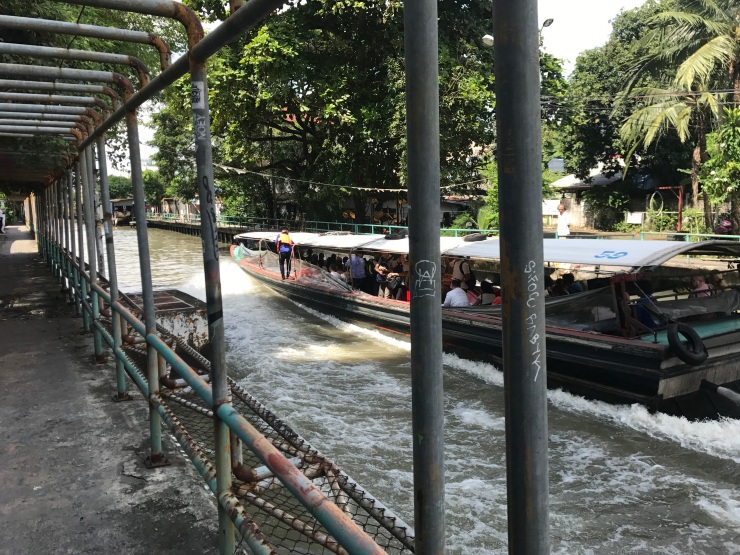 The next day I went to visit this large park called Lumpini park which is huge green oasis right in the middle of the city, it was bliss to escape from the city for a couple hours here to be honest. I immediately got roped into buying some fish food but glad i did because as soon as I threw some in the large lake there was a feeding frenzy with fish jumping out of the water which was quite entertaining so I went back to buy some more. The park is also home to huge monitor lizards. When I was feeding the fish this old Thai guy came and sat down next to me and told me all about his life and how he loves the park.

As I was walking along, I saw this and thought, wow there is a big Lizard! 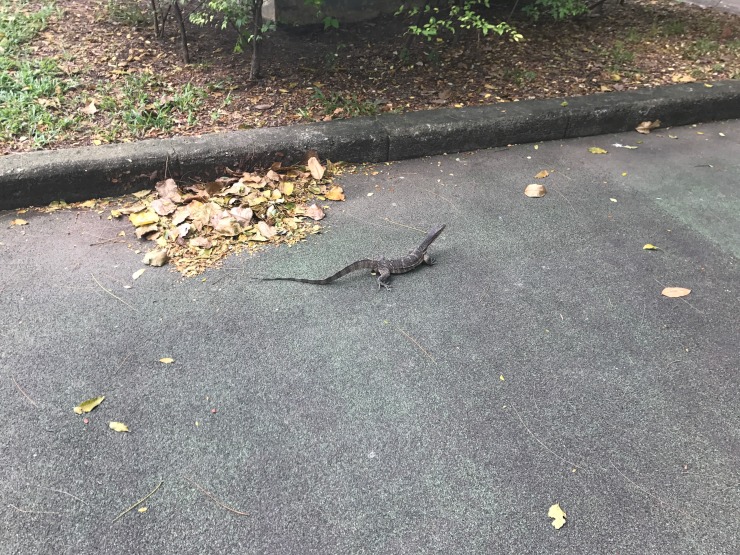 And then round the corner I saw these two monsters! They seemed to be getting quite close these two Lizards. 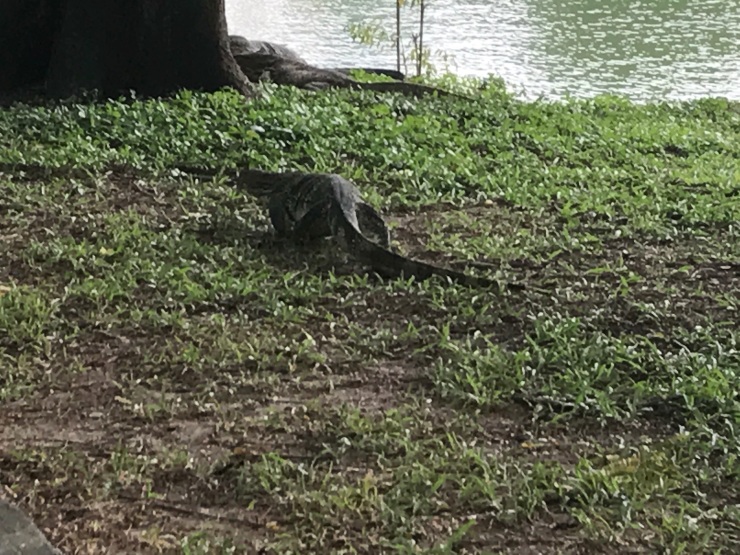 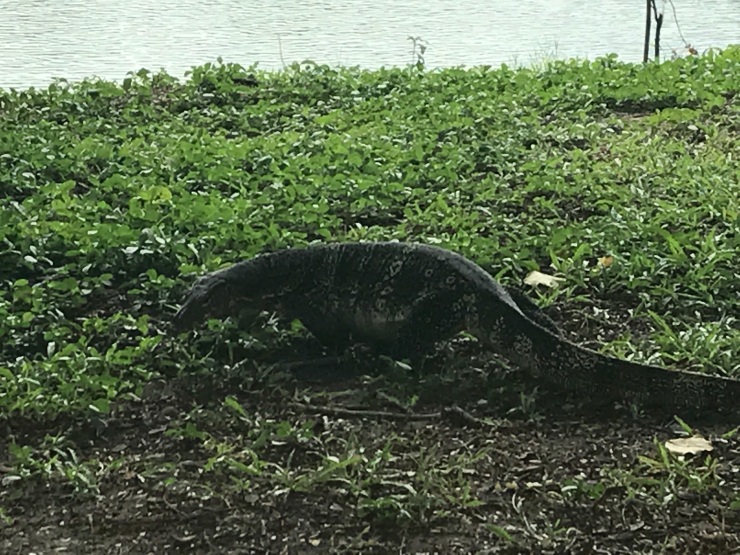 A few more pictures from the park: 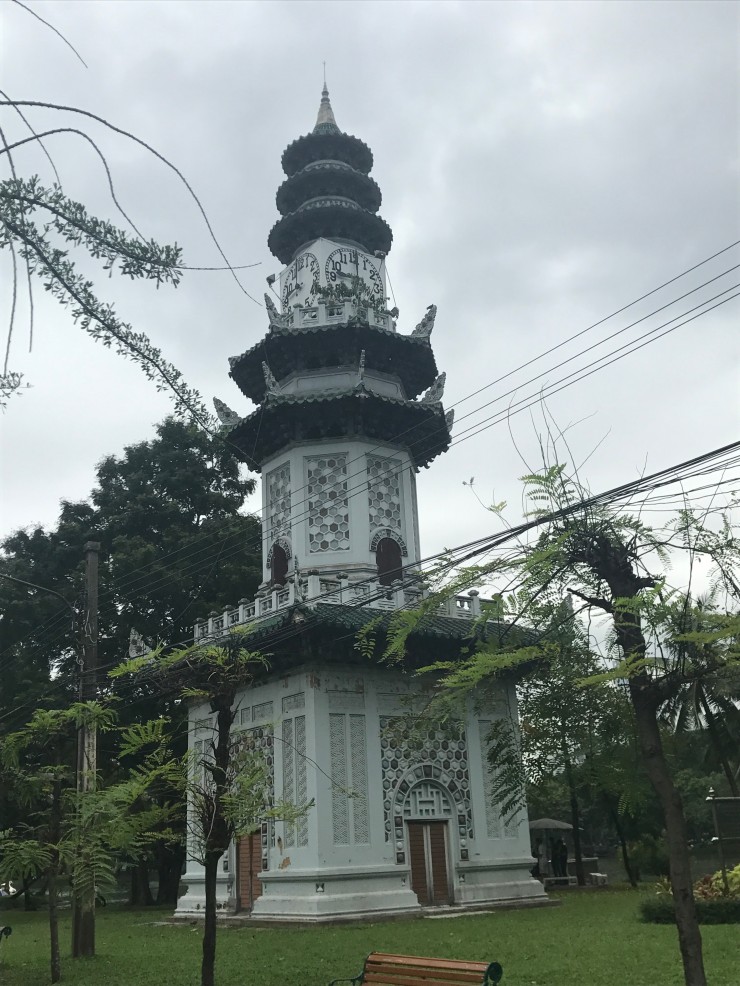 Next day I visited a large sky tower called Bayioke Tower. After heading into the wrong tower i.e the one next to the Bayioke Tower, and trying to ask a very confused receptionist for access to their observation desk, I eventually made it to the correct tower.

Part of the ticket was a free fruit buffet which was very nice and I enjoyed a wide variety of fruits I never knew existed. Finally at the top of the tower, I enjoyed these incredible views of Bangkok. The experience was somewhat ruined by some other very loud and rude tourists who kept pushing in at every point in the process, and their child who kept punching my leg in the lift for no apparent reason, but overall I am glad I did it and got to have a good view over Bangkok. 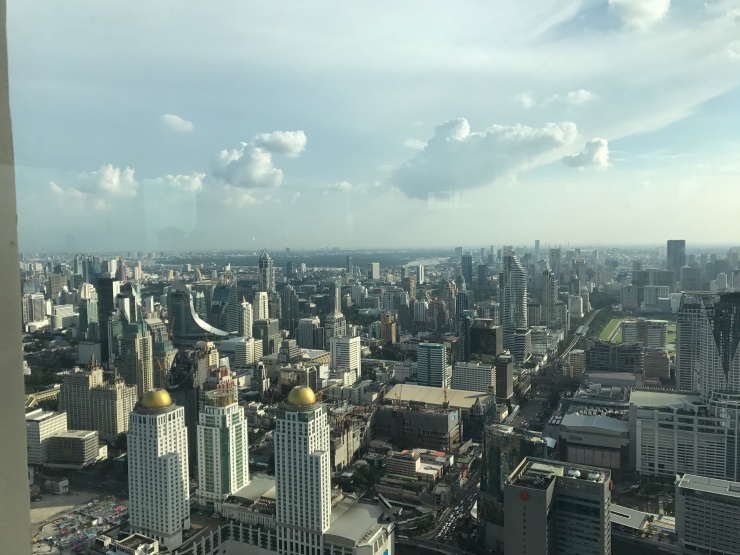 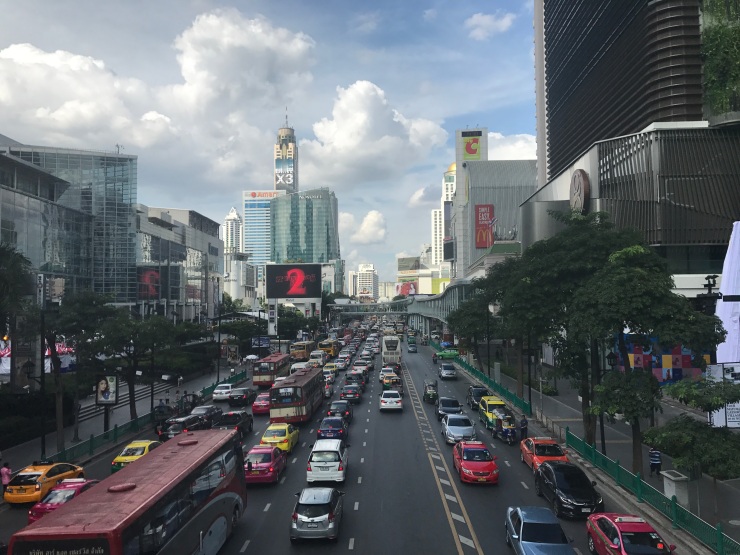 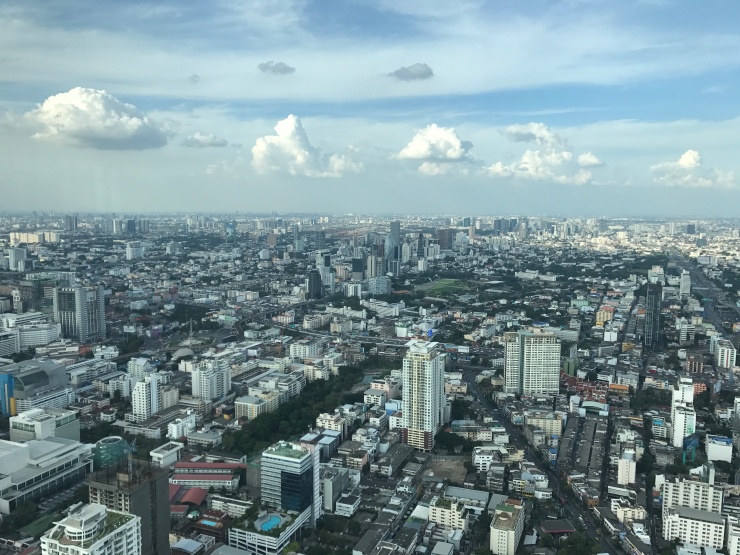 Last night I made my way to Khaosan Road for a few beers. Unfortunately I didn’t take my camera with me so no photos. I met a few Irish Travellers while in a bar there and joined a bit of a pub crawl they were having. (I might be wrong but I feel I am a bit too old to do hostel dorms so have discovered the best way to meet people seems to be just hanging around a pool table and asking if you can play the winner, this is the second time that has worked!)  They had very strong accents so I couldn’t understand a word they were saying but I had a good night nonetheless.

Well, that was Bangkok but I will be back. Vietnam tomorrow.