This is a new thing I have decided to do after each country I visit on my travels going forward. It will basically be a sort of conclusion on my travels in the country. I guess you could call it an interval post between countries and I will also update with my next plans.

I believe that everyone’s experience of a place or country will be entirely unique. It depends on the people you meet, the places you see and the things you do and I also appreciate that I have only been to Laos a few weeks, only exploring one part of it (North), and so am in no position to give a definitive conclusion or a “verdict” on the country so what is this then? Well, it is my own personal feelings about the parts of the country I visited and what I liked and didn’t like so much.

Anyway let’s get to the point. So my personal conclusion on Laos after my 3 week visit is that I have fallen in love with the country and would recommend anyone to visit for a number of reasons –

1. The Locals. They are for the most part friendly and very laid back. They seem to be accepting of tourists but they also seem to be doing well at not changing their own ways and culture to suit or please tourists like you might see in some other countries. You seem to do things the Lao way or the highway when you are here, and from what I have seen they will not bend over backwards to please an awkward or fussy tourist. I like that. Also, they don’t seem to try and rip you off or scam you as much as some other countries I have been to. They seem like fairly genuine people I think. I felt no hostility towards me the entire time I was there. Finally, the “hassle factor” as I like to call it is by far the lowest out of all countries I have been to so far. Vietnam and Cambodia were bad for that, Thailand a little less so. Laos the least by far. By hassle factor, I mean of course the amount you get hassled in the street to buy a product or service.

2. The Scenery – the landscapes in the areas which I visited are absolutely stunning and not something I was expecting as I wasn’t even aware of it. Sure, someone told me there was a nice river there but what I saw was on a whole other level – a mixture of towering limestone karsts, huge open spaces and of course the river as I mentioned which sets the scene for all of it. In fact, I would say probably some of the best scenery I have seen in my life, almost up there on a par with New Zealand. 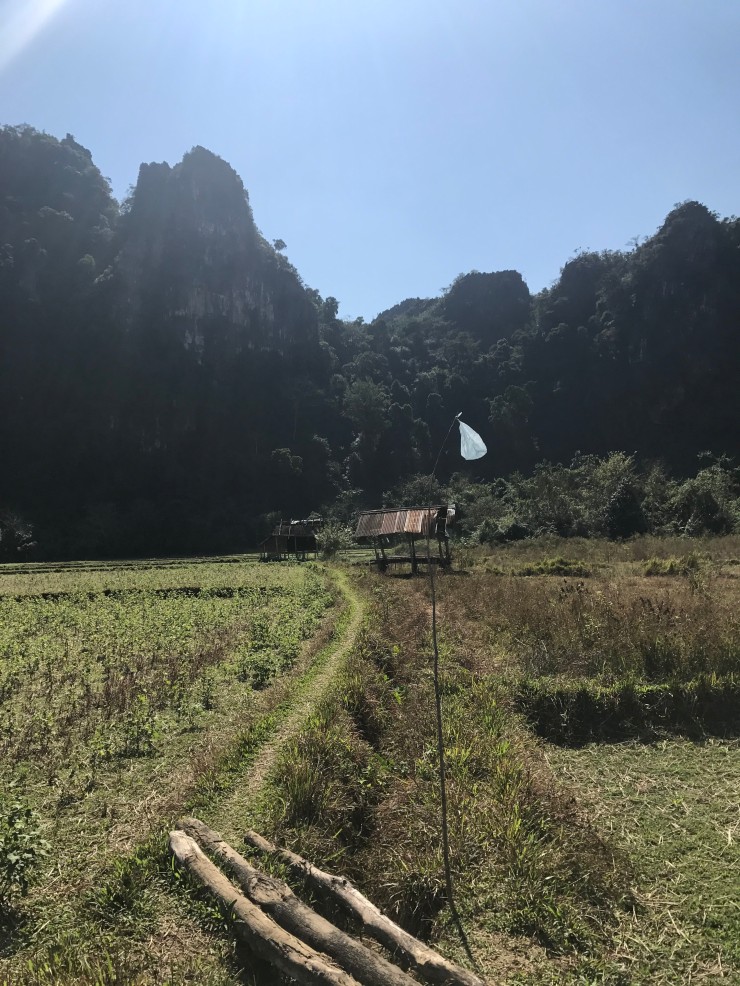 3. Activities  – so much to do and see all for a reasonable price especially in Vang Vieng. During my time I went trekking, climbed a couple of karsts to some viewpoints, cave tubing, swimming and jumping in lagoons, kayaking, zip-lining, hired a motorbike for the day and a couple of boat rides. So much more I didn’t do as well. Next time I want to try the Gibbon Experience and also Hot Air Ballooning around Vang Vieng. 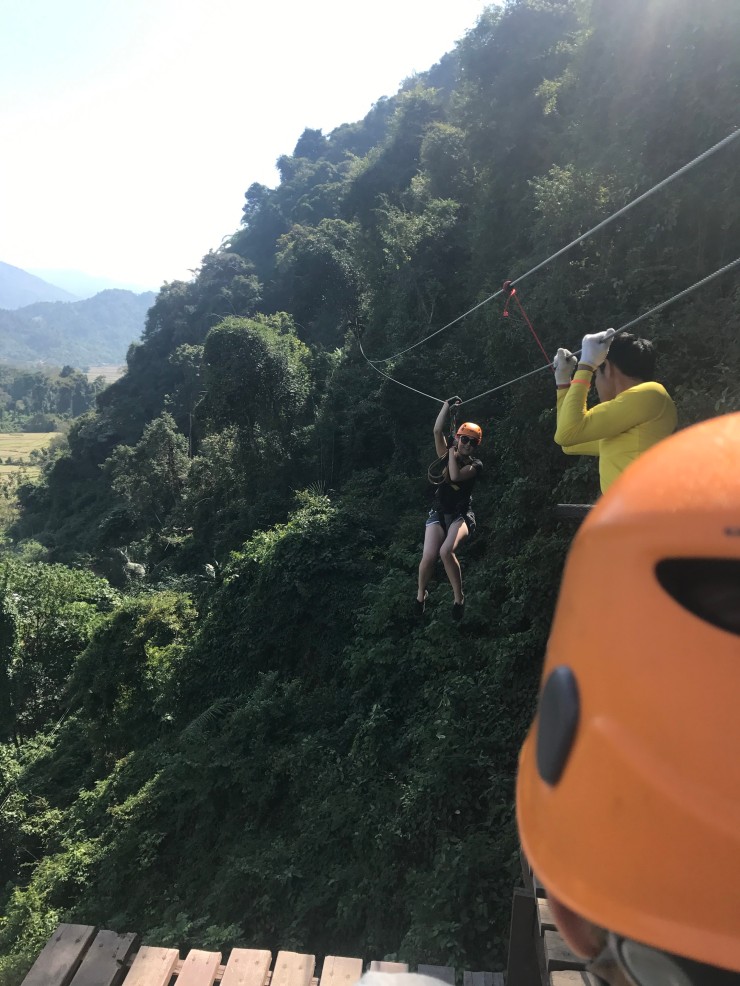 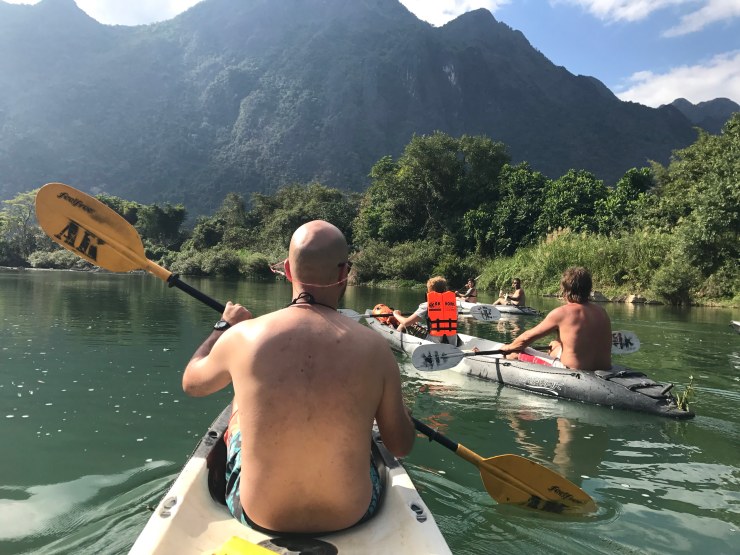 4. The Mekong and Nam River – I guess really this could be merged in with the scenery and activities section but I think it merits it’s own section as the river is really a major highlight and the centre piece of Laos. Laos doesn’t have any oceans but the rivers certainly make up for that. Many of the rivers even have beaches.

4. History – it has a rich and interesting history much of which I wasn’t even vaguely aware of. Laos seems to be a little bit forgotten and for some reason we learn little about it in the West. I mean there was a huge war that went on here from 1953 to 1975 (somewhat connected to the Vietnam war) which I didn’t even know about in terms of Laos’ involvement. I knew very little about this country before I came.

5. The laid back atmosphere and also the authentic culture. I feel very relaxed after my trip here. Also, regarding the culture it felt like the most authentic SEA country I had visited so far. In other words, the least westernised. Another thing I liked is that you don’t get any of the big western fast food chains here – McDonalds, KFC, Starbucks, Burger King. The main reason I liked that is because it removed the temptation for me but I also respect that they have somehow resisted these globally dominant corporations.

Negatives: Although some people who know me personally might not realise or agree, I am actually quite a positive person (inside anyway) so I am always reluctant to express anything negative about a place unless I have had a terrible experience which I didn’t in Laos. I must, however, give a balanced account so here are the few things I didn’t like so much or found challenging or annoying. To me, a negative experience can be just as valuable as a positive experience in some ways. In fact, next time lets not call this section “Negatives”. Let’s call it “Challenges”.

To further caveat all of the above, I have only been to the North of Laos on my 3 week trip and will return for sure if I can to do the Southern route of Laos next time.

One last thing – be careful when you get a haircut in Laos. I went in on my last day and asked for a number 3 – back in the UK this would be fairly short but still with a healthy head of hair. This is what a number 3 looks like in Laos – virtually bald!

Next, I will be meeting my brothers in Bali, Indonesia for 3 weeks but will try to keep the blog updated or the next post may just consist of one large post covering that 3 weeks. We will see.

I am writing this in Bangkok where I arrived from Laos yesterday. Walking through the Bangkok streets to my hotel, it reminded me a little of that scene from the film “The Beach” where Leonardo Di’ Caprio leaves the hidden ,paradise island he is on to travel to the mainland to collect supplies for the community which shows his reaction to the new intensely touristic environment, showing the contrast from where he came from. If you have seen the film, you should know the scene I mean, it is one of my favourite scenes. (The critics panned that film but I loved it). Like in that scene, I came from serenity and peace to overwhelming chaos and noise all around me.

Thanks for reading. I started this blog for myself with an image of it being kind of like a time capsule in a way (I am not going to read it back until 30 years after the trip!) but I think I mentioned before that as a Solo Traveller I have discovered that even though I am meeting lots of people, I am also enjoying sharing my stories of my travel experiences with others as in a strange sort of way it seems to make them more valuable so I do appreciate it when I see or hear when someone has read by blog – even if just a few people have read!